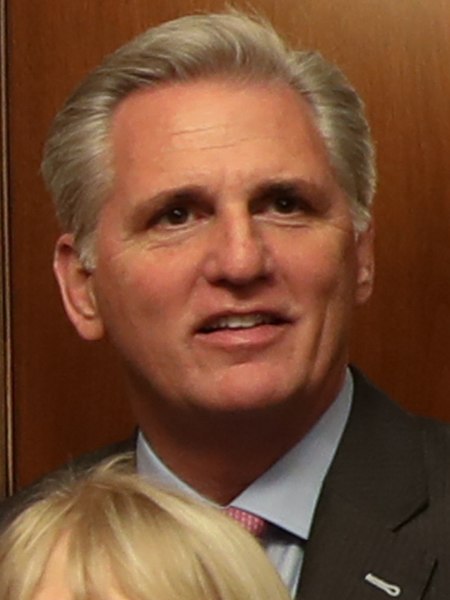 McCarthy’s pledge was the crescendo to widespread Republican condemnations of the DOJ after the FBI raided former President Trump’s Mar-a-Lago resort.

It comes as Republicans are preparing a litany of probes into everything from Hunter Biden to the U.S. troop withdrawal from Afghanistan. What they’re saying: “I’ve seen enough,” McCarthy said in a statement, asserting the DOJ “has reached an intolerable state of weaponized politicization.”

McCarthy said if Republicans retook the House, “we will conduct immediate oversight of this department, follow the facts, and leave no stone unturned. Attorney General [Merrick] Garland, preserve your documents and clear your calendar,” he concluded, signaling plans to subpoena Garland. House Judiciary Committee ranking member Jim Jordan (R-Ohio) said in a Fox News interview he wants to hold a hearing on the raid when the House returns Friday, calling on Chair Jerry Nadler (D-N.Y.) to “call up [FBI Director] Christopher Wray, call up Merrick Garland.

Trump revealed the “unannounced” raid in a statement decrying it as “not necessary or appropriate.”

“It is prosecutorial misconduct, the weaponization of the Justice System, and an attack by Radical Left Democrats who desperately don’t want me to run for President in 2024,” he said. The raid was in connection to Trump’s handling of classified documents brought to Mar-a-Lago, Axios’ Jonathan Swan reported.

Republicans were quick to denounce the move, especially Trump allies, who called for action against the FBI and DOJ.