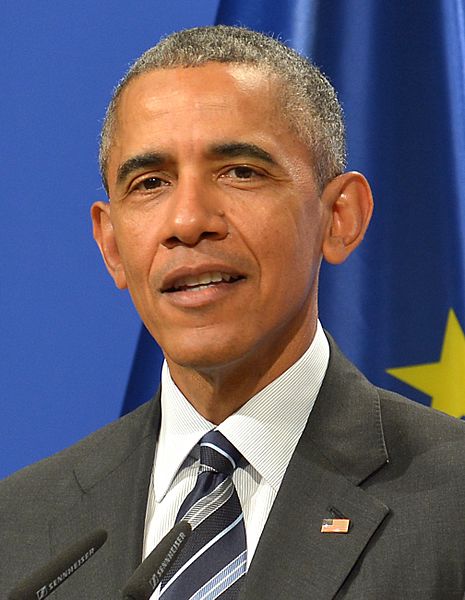 Former President Obama is encouraging people to participate in nationwide abortion rights protests on Saturday, saying he was “proud” that Americans were standing up for abortion righs.

Protests in Washington, D.C., and across the country are planned on Saturday amid fears that the Supreme Court is about to overturn the Roe v. Wade decision establishing abortion rights in every state. A leaked draft decision obtained by Politico suggests the court will overturn the ruling this summer.

“Across the country, Americans are standing up for abortion rights—and I’m proud of everyone making their voices heard. Join a march near you,” Obama tweeted, including a link to a slew of “Bans Off Our Bodies” protests all over the U.S.

“If you can’t join a march in person today, you can still get involved. Donate to a local abortion fund. Volunteer with activists who’ve been organizing on this issue for years. And vote on or before November 8 and in every election. Take action: http://usow.org/repro/#action,” he added in a follow-up tweet.

Protesters across the country will be taking part in demonstrations on Saturday dubbed “Bans Off Our Bodies,” which have been organized by groups, including Planned Parenthood Federation of America, Planned Parenthood Action Fund, Women’s March, MoveOn, and UltraViolet.

When Joe Biden was sworn in as president, two COVID-19 vaccines had already been authorized and millions of people nationwide...

A Colorado judge on Friday denied motions to dismiss a defamation lawsuit filed by an election systems worker against former President Donald...

The news media don’t question President Joe Biden as aggressively as they questioned former President Donald Trump, according to a...