Senator Joe Manchin signaled Wednesday that he does not think eliminating the filibuster will “fix” the Senate.  Democrats have renewed their push to change or eliminate the filibuster to pass their signature voting rights act which codifies the pandemic-related changes to voting law that helped bring them to power in 2021.  Senator Chuck Schumer (D), who had previously defended the use of the filibuster in a 2005 speech, is now leading the effort to change the filibuster.

The filibuster is a strategy to delay legislation in the Senate by “talking a bill to death.”   James Madison wrote in the Federalist Papers of the need to protect the minority from the tyranny of the majority.  Supporters view the filibuster as providing this protection and as a mechanism to encourage compromise.  The practice made its first appearance in 1789 and was a rare occurrence until the 19th century, when its use began to grow.  Senate rule 22 introduced the cloture concept in 1917 to limit debate with a two-thirds majority vote.  The first use of Cloture was to end a filibuster against the Treaty of Versailles.   The filibuster, however, remained an effective tool to delay legislation given the difficulty in reaching a majority of two-thirds of Senators to force an end to the debate.  Senate rules changed from the two-thirds requirement to three-fifths or 60 Senators in 1975.  Harry Reid (D) changed Senate rules for nominations to a simple majority otherwise known as the “Nuclear Option.”  Mitch McConnel (R) then followed Reid’s example and reduced Supreme Court judges’ vote requirement to a simple majority.  The three-fifths rule still represents regular order for legislation today.

Filibuster use has averaged around (60) until George W Bush’s second term where democrats used the filibuster (139) times in 2007.  Since then, the use of the filibuster ticked upwards, sharply reaching an all-time high of (328) in the 2019-2020 Trump years.  The record for the longest individual speech goes to South Carolina’s Strom Thurmond, who filibustered for 24 hours and 18 minutes against the Civil Rights Act of 1957.

Another proposed change is to reduce the number of votes required to end debate from (60) to (50).  This change effectively moves the Senate to majority rule.  Remember James Madison’s concern about the tyranny of the majority.

Democrats could affect a “one time only” rule change just to pass their voting rights act.  Both Senator’s Manchin and Sinema have said they do not support the idea.

One last idea would be to change the rules to require three-fifths of Senators present, rather than (100), at the time of voting.  This is a calculated risk that Democrats could muster enough Senators to achieve a majority vote.

*Dave Pulver is a retired communications engineer of 35 years.  His interests include aviation, motorcycling, civics, history, and politics. 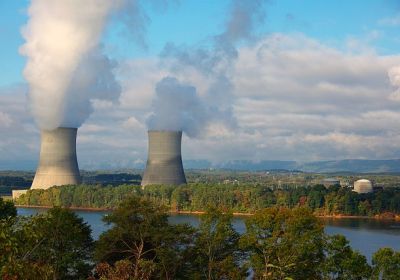 By Dave Pulver: Countries worldwide increasingly view nuclear power as an important part of the green power transition, France and...

By Dave Pulver ERCOT, the agency managing the Texas Power grid, warned consumers to conserve electricity by turning up their...

By Dave Pulver Six people were killed, and 30 others wounded when a gunman opened fire on 4th of July...

By Josh Sidebotham Four people were killed Wednesday in a mass shooting at Saint Francis Hospital in Tulsa, Oklahoma. The...

By Josh Sidebotham NATO Secretary-General Jens Stoltenberg revealed Wednesday that Finland and Sweden had applied for membership in the NATO...