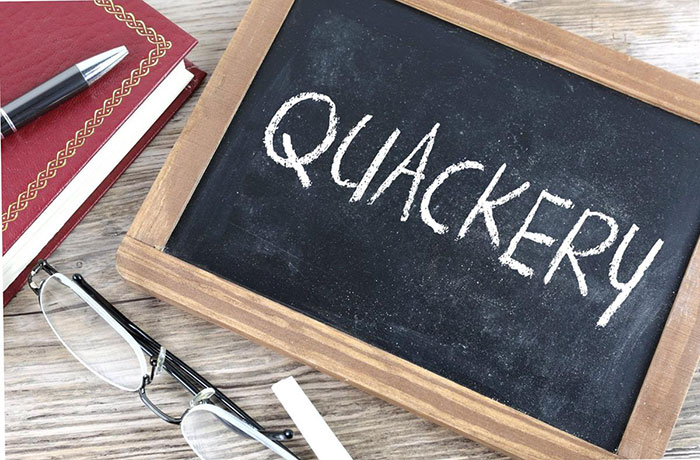 Earlier this week, Israeli media reported a person who was hospitalized with evidence of both seasonal flu and COVID at the same time. This unvaccinated and pregnant person had mild symptoms and was discharged without any complications.

A person being infected with both the COVID-causing SARS-CoV2 virus and an influenza virus can happen; we just had one such person in our hospital last month whom we treated and discharged without a whole lot of fanfare. However, the Times of Israel made a mundane two-virus story go viral by using a catchy, made-up name of “flurona” and reporting that this is the “first” such case in the country, which some people read as the first case ever.

Several news outlets and internet sites took it from there, with one Web magazine amplifying the anecdotal report into “a new nightmare to keep us awake at night.” Of course, social media was abuzz with anxiety arising from misinformation, such as that flurona was a combined flu and SARS-CoV-2 supervirus. Other people created memes mocking any seriousness attached to either of the infections.

We are in the middle of a raging COVID surge, coupled with flu season. Every respiratory infection that comes through our doors could be one of many things. The way this story was taken out of context is yet another example of the kind of internet-based misinformation that haunts all of us who are trying to fight the real crisis at hand. Physicians and scientists just don’t seem to be able to get the right message across to the public about what is real, what is treatable and what is downright false.

When a worldwide pandemic with over a million and a half new cases each day collides with a seasonal influenza outbreak among a world population largely unvaccinated against either COVID or flu, it is reasonable to find patients who may catch both viruses around the same time. I’m sure many other institutions in the Northern Hemisphere, where the seasonal flu incidence is increasing, are now seeing such anecdotal cases.

The signs and symptoms of flu and COVID are largely similar; this is one of the facts that is often twisted by misinformation campaigners to suggest COVID is simply the flu. Both of these pathogens spread via respiratory droplets or small particles, but they enter cells using different mechanisms. They are not the same thing, and there is no evidence of a combined supervirus.

The American Hospital Association (AHA) is calling on Congress to provide additional funding to help manage workforce shortages and respond to rising costs of labor and equipment. In a letter sent last week, the AHA pressed Congress to “immediately distribute” leftover dollars in the Provider Relief Fund (PRF), and asked for an additional $25 billion…

Couples who were vaccinated against COVID-19 did not have a lower likelihood of getting pregnant, but previous infection with SARS-CoV-2 could affect male fertility, according to a prospective study. Both female and male partners who had at least one COVID-19 vaccine dose did not face lower chances of getting pregnant than unvaccinated patients (female fecundability…

Pfizer/BioNTech’s COVID-19 vaccine (Comirnaty) protected adolescents from severe COVID-19 outcomes, with high effectiveness against hospitalization, ICU admission, and need for life support, a case-control study found. Vaccine effectiveness against hospitalization among adolescents ages 12-18 was 94% (95% CI 90-96), and 98% against both ICU admission and the need for life support, reported Manisha Patel, MD,…

A scientist in an island country discovers that in dozens of COVID-19 patients, the Delta and Omicron viral variants have fused genetically to form a third variant, more powerful and deadly than any before. If it seems like science fiction, that’s because it probably is. Reports over the weekend set the internet abuzz with news…

The US continues to smash pandemic records as Omicron infection rates soar across the country. The seven-day average for COVID cases on January 9 was 677,243—almost triple that of the previous high of 250,512 on January 12, 2021. That peak came soon after the Delta variant was discovered, but months before it was widespread across…

Pregnant women who received a COVID-19 vaccine faced no additional risks of adverse birth outcomes compared to those who were not vaccinated, according to a retrospective cohort study. COVID-19 vaccination in pregnancy was not associated with an increased risk of preterm birth (adjusted hazard ratio [aHR] 0.91, 95% CI 0.82-1.01) or of small-for-gestational-age (SGA) at…