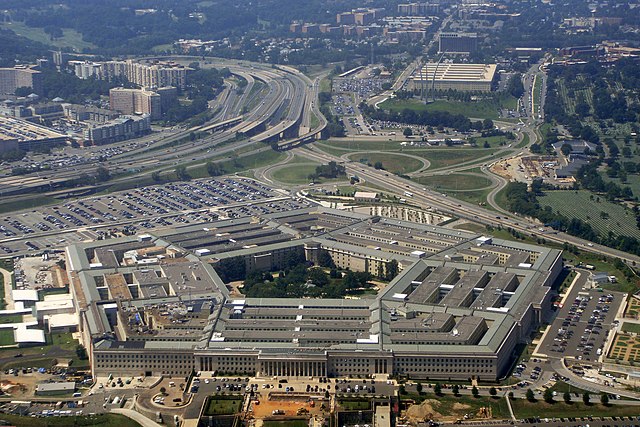 In August 2021, the U.S. military withdrew from Afghanistan after fighting a war there for nearly 20 years.

In addition to Afghanistan, the U.S. has reduced its military presence in several other conflict zones in recent years. It has lowered troop levels in Iraq from 170,000 in 2007 to 2,500 in 2021, and in Syria from 1,700 in 2018 to around 900 today. While these reductions may seem like a U.S. military withdrawal from the world stage, its presence overseas remains vast.

As political scientists, we examine the costs, benefits and perceptions of U.S. military deployments abroad. Our research shows that though the scope and location of its deployments may change, the U.S. military remains an influential global player.

Domestically, pressures to reduce the defense budget make overseas deployments an attractive target to cut. Internationally, opposition to hosting the U.S. military can also increase the cost of maintaining bases.

A history of deployments

U.S. military deployments and bases reassure allies, deter rivals and support humanitarian missions and military training. They also act as a command center for varied operations, including drug interdiction and counterterrorism. A base gives the U.S. the ability to credibly respond to emerging threats and crises in a region.

They can range from small listening posts with a handful of people to a virtual city like Camp Humphreys in South Korea, which hosts over 35,000 military and civilian personnel.

We recently published updated data on the number of U.S. troops deployed overseas, based on reports published by the Department of Defense’s Defense Manpower Data Center. The data shows that in 2021 the U.S. had 171,477 service members located overseas, a small decease from 177,571 in 2020.

Beyond personnel, the U.S. owns over 600 locations used by the military in countries and territories. These sites range from larger bases and training ranges to smaller sites, including petroleum product storage stations in Turkey and Portugal and Army golf courses in Germany and South Korea.

The U.S. established its first permanent overseas military facility at Guantánamo Bay, Cuba, in 1898 at the end of the Spanish-American War. The U.S. Platt Amendment stipulated the legal option for the U.S. to buy or lease land from Cuba in perpetuity. Notably, the Cuban government does not recognize the U.S. right to hold Guantánamo and does not cash the U.S.‘s monthly US$4,085 rent checks. Beyond that, except for bases in the Philippines, U.S. bases remained limited worldwide until World War II.

The Second World War saw the U.S. expand its base network through aid agreements and the military occupation of Germany and Japan. Over 16 million service members were mobilized for the war, and around 7.6 million were deployed to conflicts in Europe, Asia and Africa. Bases in this period were established or leased in areas like Canada, France, Germany, Japan and Guam.

After the war, the number of U.S. personnel overseas declined globally. Yet new engagements in North Korea, Vietnam, Iraq and Afghanistan were accompanied by rapid and large deployments to Asia and the Middle East.

While the U.S. has maintained a global military presence for the last 70 years, its approach has changed over time.

Recently, U.S. military deployments, many without a formal U.S. military base, have been used to help counter China’s expanding influence in Africa. Though China’s involvement in Africa has generally been economic, the establishment of the Chinese People’s Liberation Army Support Base in Djibouti in 2017, coupled with recent news of China’s plans to build its first Atlantic base in Equatorial Guinea, suggest that China may seek increased military influence in Africa in the future.

Comparing the U.S. military presence in Africa between 2001 and 2021, we can see an increased number of African states with U.S. forces present. Notably, in 2007, the U.S. established Africa Command, a regional Defense Department command, based in Germany, specifically responsible for operations in and relations with all countries in Africa.

The U.S. has maintained a broad number of small deployments throughout the continent during this time. Many are composed of special operations and special forces units focusing on counterterror and military training operations. Djibouti is particularly notable, as the U.S., China, France and the United Kingdom all have military facilities there.

Between 2001 and 2021, the U.S. significantly grew its deployments in Africa.

The scope of the U.S. global military footprint has become increasingly contentious in Congress in recent decades and in some of the countries hosting U.S. personnel.

The Trump administration sought to reduce the number of troops in countries that failed to increase their share of the cost for hosting U.S. troops.

The Biden administration has reversed some Trump-era policies. For example, it stopped Trump’s planned troop drawdown in Germany.

Yet the Biden administration also continues to explore ways the U.S. could adjust its military footprint. The Defense Department, in November 2021, announced the completion of its Global Posture Review, examining the U.S. military’s presence overseas.

Both administrations’ preference to cut the number of overseas personnel is rooted in the political and financial costs of maintaining deployments. The ability to use new technologies, such as drones, rather than people in combat operations, has also allowed U.S. policymakers to shift away from larger bases.

Instead of a massive complex like Ramstein Air Base in Germany that the Defense Department values at $12.6 billion, it can spend just over $100 million to build small sites for drone operations like Niger Air Base 201.

However, if the U.S. wishes to continue to influence regional politics and use its military as a credible deterrent to rival powers, technology alone is unlikely to be sufficient.

We have discussed previously how the U.S. gains influence and ease of operating in exchange for the defense of other nations. But this American gain comes with several costs for host states.

Deployments can cause noise pollution, long-term environmental harm, opportunities for crime and stoke broader grievances about imperialism and militarism. And they can generate traffic and accidents when local driving customs differ substantially from what U.S. troops are accustomed to, or where large and frequent military convoys traverse busy locations.

[Understand what’s going on in Washington. Sign up for The Conversation’s Politics Weekly.]

Opposition movements built upon grievances with the U.S. presence have fueled national movements to remove U.S. bases in South Korea and Japan.

In some cases, like the Philippines, such movements have been successful. Over time, formerly autocratic host countries have become democratic, like South Korea, and have made public support by the civilians of host states critical if the U.S. desires to maintain its troops overseas.

Both increasing external competition and growing domestic political pressures may lead to reduced opportunities for the U.S. as it navigates new and existing host relationships.

After the Food and Drug Administration pulled its authorization of two COVID-19 antibody drugs because the treatments are highly unlikely...

A judge has denied bond for Stewart Rhodes, the leader of the right-wing Oath Keepers charged with seditious conspiracy for his role in the Jan. 6, 2021, attack on the Capitol.Magistrate Judge Kimberly Priest Johnson issued an order on Wednesday that Rhodes must be detained as his trial is pending, arguing that his release “could endanger the…

As Western news outlets warn of a “countdown to war,” Kremlin-controlled Russian television has a different take, accusing the U.S....

Democrat Rep. Jim Cooper, who has served in the House for more than 32 years, announced his retirement Tuesday, hours after Republican lawmakers in Tennessee approved a redistricting plan that carves up his Nashville-area district. “Despite my strength at the polls, I could not stop the General Assembly from dismembering Nashville,” he wrote in a statement…

Deputy Attorney General Lisa Monaco said in an interview with CNN on Tuesday that the Department of Justice is investigating fake electors supporting former President Trump during the 2020 presidential election. Fake documents were sent to the National Archives in December alleging electors for the Electoral College supported Trump in seven states President BidenJoe BidenFox News reporter…

At a rally in Arizona on Jan. 15, former President Donald Trump waded into the debate over state policies allowing...