Closing arguments will be Monday after nine days in trial.

Kyle Rittenhouse now 18, was charged with the killing of Anthony Huber, 26, and Joseph Rosenbaum, 36 as well as wounding Gaige Grosskreutz, 27, in Kenosha, Wisconsin on Aug. 25, 2020.  Rittenhouse then 17, traveled to Kenosha from Antioch, Illinois to attend a protest which was set off by the wounding of Jacob Blake who is Black by a White Police Officer.

Rittenhouse testified that he had taken note of rioting associated with other Black Lives Matter protests elsewhere in the country and that he attended the protest to protect private property amid the rioting that he expected to occur.

According to testimony, Rittenhouse, a former Police Cadet who attended the protest armed with an AR-15 semi-automatic rifle and first aid kit shot Joseph Rosenbaum first.  The defense team argued that Rosenbaum chased Rittenhouse into a used car lot, cornered him, and put his hand on the barrel of his gun at which point Rittenhouse fired.  Moments later, Rittenhouse fired at Anthony Huber, 26 after Huber swung at Rittenhouse with his skateboard.  Huber died from his wounds.

The jurors in the Kyle Rittenhouse trial will be allowed to consider lesser charges if they opt to acquit him on some of the original counts’ prosecutors brought, the judge said Friday during a contentious hearing.

The Rittenhouse case quickly rose to national prominence as a bellwether for future gun rights decisions.  Gun rights proponents view the case from a 2nd Amendment and self-defense perspective.  The opposition sees the case through a racial lens and worries over vigilantism.

*Dave Pulver is a retired communications engineer of 35 years.  His interests include aviation, motorcycling, civics, history, and politics.

By Arick Severson Convenient, at home (or at campus) testing for suspected SARS-COVID-19 infection has increased over time. The delays...

By Dave Pulver Senator Joe Manchin (D) signaled Sunday that he would not vote for the spending bill known as...

By Basil Beltran Gerrymandering is a practice intended to establish an unfair political advantage for a particular party or group by... 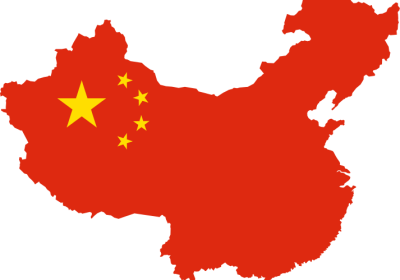 By Basil Beltran China Passes Data Protection Law The US does not. In 2018 the European Union had surpassed the United States...