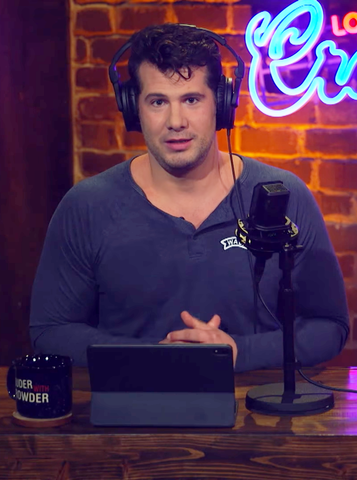 During a segment of his podcast —  “Louder with Crowder” — on Wednesday, Steven Crowder said, “Oh, that is an aggressively Asian face” when describing Yu, a reporter for KPIX-TV, a local CBS affiliate.

He was reacting to news coverage by Yu about disputes over In-N-Out Burger’s failure to adhere to the city’s vaccine requirements.

He made multiple remarks about Yu’s features with comments like, “that just means if you were a skier, it would be like a black diamond. You’d have to drop in on a chopper.”

Crowder ended the segment by saying, “By the way, the reason I say that is because usually with the reporters, they’re, like, they’re kind of like Americanized Asians. So I think it’s a good thing. It’s a good thing, it’s full Asian.”