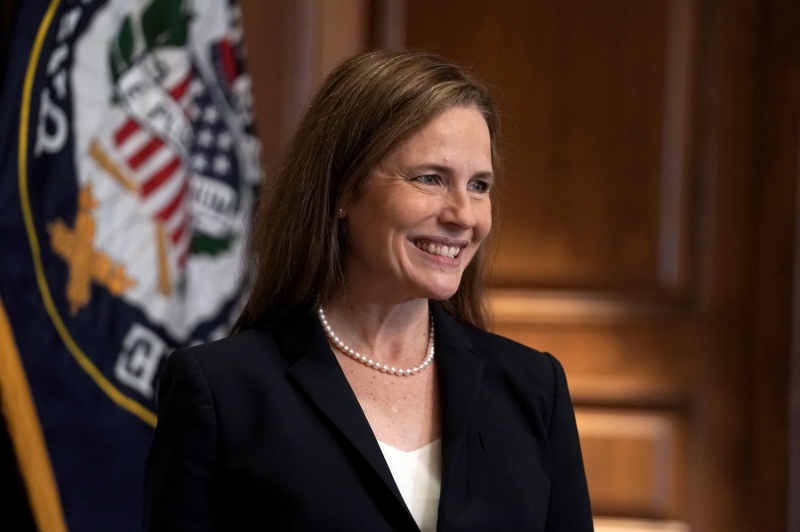 Senate Republicans voted to advance the process to confirm Amy Coney Barrett’s nomination to the Supreme Court in a procedural vote Sunday.

The Senate voted 51-48 to break a Democratic filibuster of Barrett’s nomination, setting up a likely final vote to confirm President Donald Trump’s selection to replace the late Justice Ruth Bader Ginsburg on Monday.

Sens. Lisa Murkowski, R-Alaska, and Susan Collins, R-Maine, joined Democrats in voting to maintain the filibuster while Sen. Kamala Harris, D-Calif, was in Michigan campaigning as the Democratic vice presidential nominee and did not vote.

Just 51 of the 53 Republicans in the Senate must vote in favor of Barrett’s confirmation to secure her spot on the court.