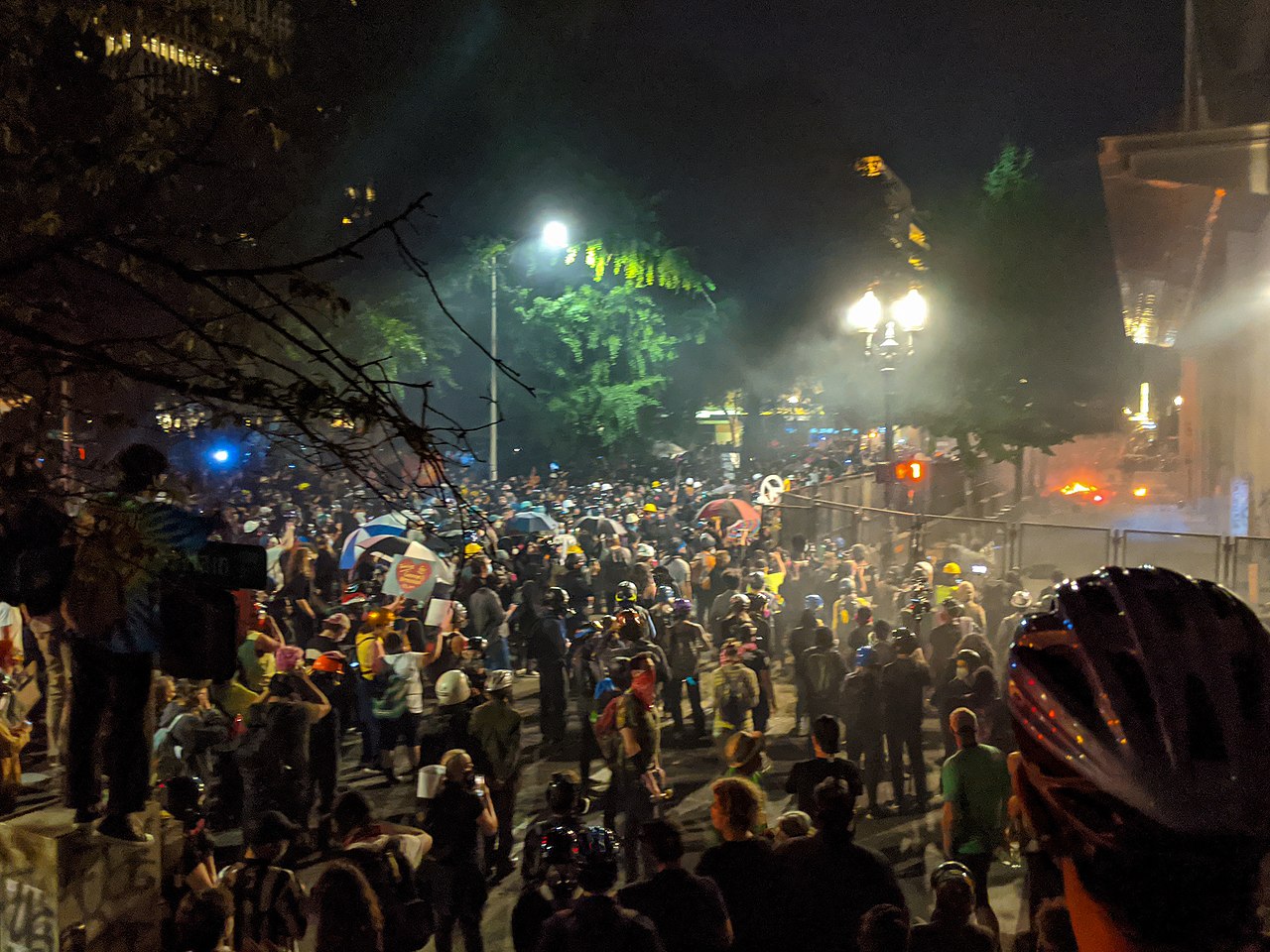 A persistent crowd of protesters remained outside the federal courthouse in Portland, Oregon, into the early hours of Saturday as fireworks were shot at the building and plumes of tear gas,
dispensed by U.S. agents, lingered above.

Thousands of people gathered in Portland streets hours after a U.S. judge denied Oregon’s request to restrict federal agents’ actions when they arrest people during protests that have roiled the
city and pitted local officials against the Trump administration.

Many times these actions were met by federal agents using tear gas and flash bangs.

As the clouds of gas floated down the street, protesters would swiftly regroup and return to chant and shake the fence that separates the people on the street from federal agents and the
courthouse.

The clashes in Portland have further inflamed the nation’s political tensions and triggered a crisis over the limits of federal power as Trump moves to send U.S. officers to other Democratic-led cities to combat crime.

Protesters in Portland have been targeting the federal courthouse, setting fires outside and vandalizing the building that U.S. authorities say they have a duty to protect.

Federal agents have used tear gas, less-lethal ammunition that left one person critically injured and other force to scatter protesters.